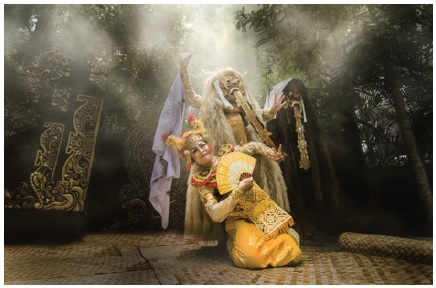 He took up photography after graduating from college in Singaraja. At first it was merely a hobby and for fun. He joined a number of photography communities such as Instanusantara, Camera Indonesia, Black and white Photography, Stylus Photo Galery, and Culture Photo Galery. Time passed and he moved into commercial photography documenting events and doing pre-wedding photoshoots. His main passion, however, has always been in people and their culture and his works reflect these aspects of his subjects.

Over the years he has participated in a number of exhibitions, such as the Buleleng Festival and the Sanur Village Festival and one of his works was included in an exhibition at the Belgium embassy with the Stylus Photography Community.

Each and every photograph he displays has a meaning. 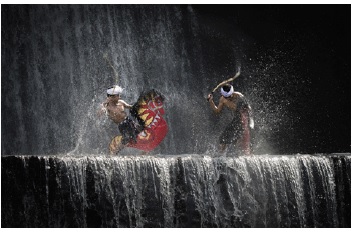 A typical image shows a dancer before a trance in the nusdus, ceremony which is held to purify the medium with smoke and fire, he is waiting for the moment he must allow the spirit of Sanghyang Jaran to enter his body.

Rwa Bhineda literally means “two opposites”. The Balinese believe that everything that exists as a duality and it is the existence of this duality that brings a cosmic balance to the universe. So, if there’s good, then evil must also exist so there can be balance.

Kuda Lumping is a tradition performed by a group of men or boys drawn from the local community; the group can number anything from 2 to 8 people. The performers mount rattan horses and dance to the sound of traditional instruments such as the angklung, gongs, and dog-dog drums.