Set to be one of the most notable scientific expeditions to Raja Ampat in recent years, Indonesia’s luxury private
charter vessel, Rascal, recently partnered with Conservation International (CI) for a high-tech scientific voyage across one
of the most remote corners of Indonesia’s vast archipelago – in a quest to raise awareness for the protection of the manta
ray and the seas it inhabits.

The organisers are delighted to announce the findings of the Rascal Voyages and the Conservation International expedition, which took place in the stunning waters of Eastern Indonesia earlier this year. The team were able to make more headway than was originally anticipated with the discovery of two new species of Goby – the Grallenia Goby and the Silhoueetta Goby, the names of which are yet to be confirmed. A new Manta Ray cleaning station was found in Dayang, another suspected cleaning station in Ayau was confirmed and at least 25 new individual manta rays identified. This work proved the success of pioneering new drone technology methods. The Rascal team is passionate about playing an active CSR role in supporting environmental research in the seas it cruises. The long-term plan is for the Rascal yachts to host marine ‘experts in residence’ that will allow Rascal guests, divers and conservation enthusiasts to play an educational role while on their luxury charters. 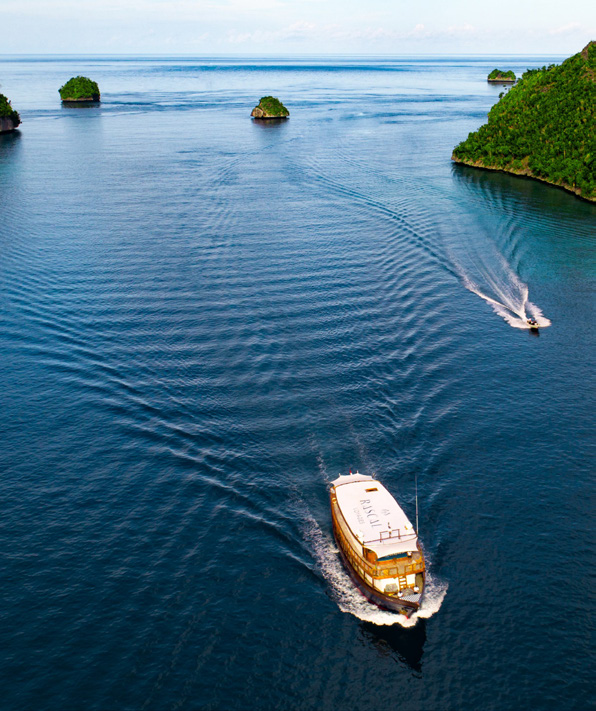