SOUTH OF CHINA ON THE SOUTHERN HALF OF THE KOREAN PENINSULA IS THE REPUBLIC OF KOREA BETTER KNOWN TO US, OF COURSE, AS SOUTH KOREA. THE COUNTRY IS, ALONG WITH JAPAN, ONE OF THE ‘EAST ASIAN TIGERS’ SO CALLED FOR ITS AGGRESSIVE DEVELOPMENT WHICH HAS ENABLED SOUTH KOREA TO BECOME AN ECONOMIC POWERHOUSE WITH A MODERN VIBRANT SOCIETY

South Korea was initially outdone by its northern rival, North Korea, but starting in the 1960s achieved rapid growth under the leadership of former military general President Park Chung Hee. Today, the country is one of the world’s leading industrialised countries and home to many of the best known high technology corporations.

Lesser known than the high tech brand names it has spawned, South Korea is blessed with natural beauty that is worthy of being on every traveler’s bucket list and tourism has become a major industry.

Off the Korean coast is Namiseon Island, a cultural oasis that sits in peaceful harmony between humanity and nature. A five-minute ferry ride and guests are greeted by a forest of verdant trees standing against the sky with open grassy areas carpeted by wildflowers where ostriches, rabbits, squirrels, chipmunks, ducks and peacocks welcome visitors. The garden

areas of the island on Metasequoia path are well known in Korea, they were used as the location to shoot a wildly successful 2002 Korean drama, Winter Sonata.

Also well worth a visit is the volcanic island of Jejudo better known as Jeju. This is the largest island off the coast of the Peninsula and the main island of the Jeju Province. With its dormant volcanoes, hearty seaside fare and extensive hiking trails, Jeju Island has much to offer the adventurous traveler. It is home to Hallasan which, at 1,950 metres, is South Korea’s highest mountain, then there is the unique ecology of the pristine Gotjawal Forest and the island contains the World Heritage listed site of Jeju Volcanic Island and Lava Tubes.

For something unusual, and an interesting display of modern day South Korean artistic expression, the dancing water sculpture at the Banpo Bridge is worthy of note. The Banpo Bridge, completed in 1982, is a double

deck girder bridge that spans the Han River and connects the districts of Seocho and Yongsan in South Seoul. This is a popular place to visit to see the dancing water, lights, and music of the ‘Moonlight Rainbow Fountain Show’. The sides of the bridge are lined with pumps that pass almost 200 tons of river water though them every minute. The water is illuminated by LED lights as it sprays and falls back to the Han River below. The bridge offers both day and nighttime shows each day between April and October. During the day, the fountain is decorated by willow trees and leaves and the sun shines through the water creating millions of sparkles. At night, it comes to life with bright and vibrant rainbow colors 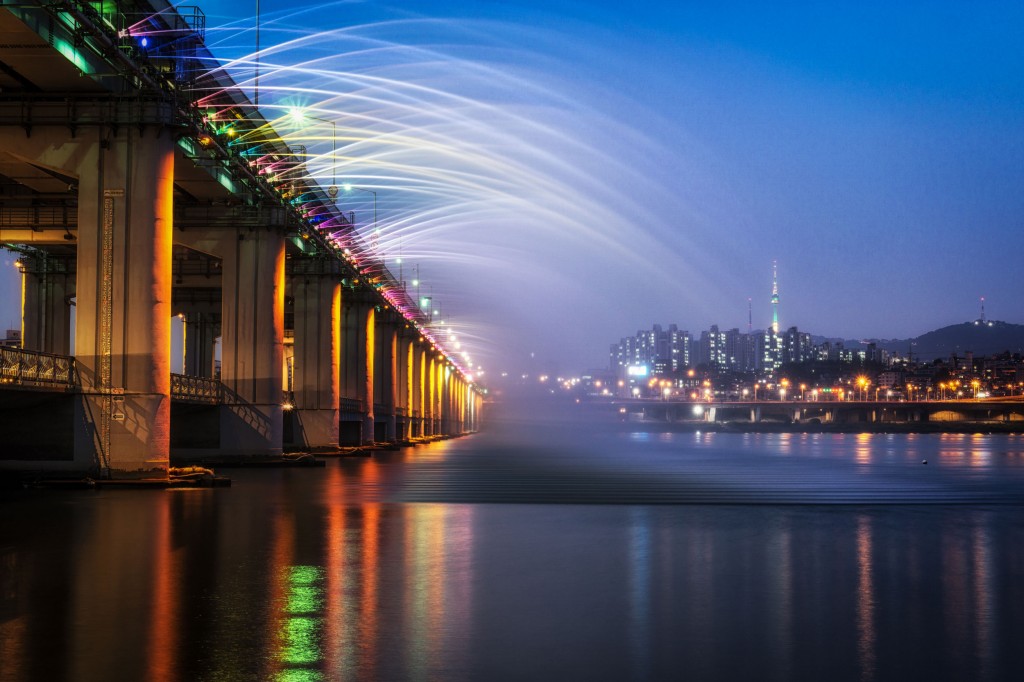 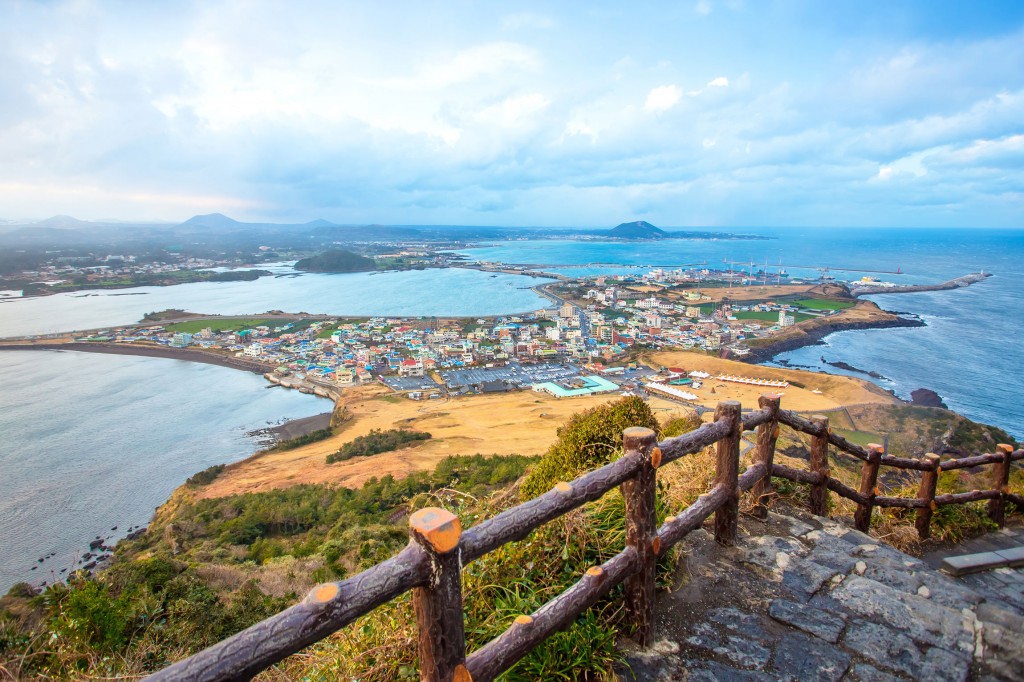 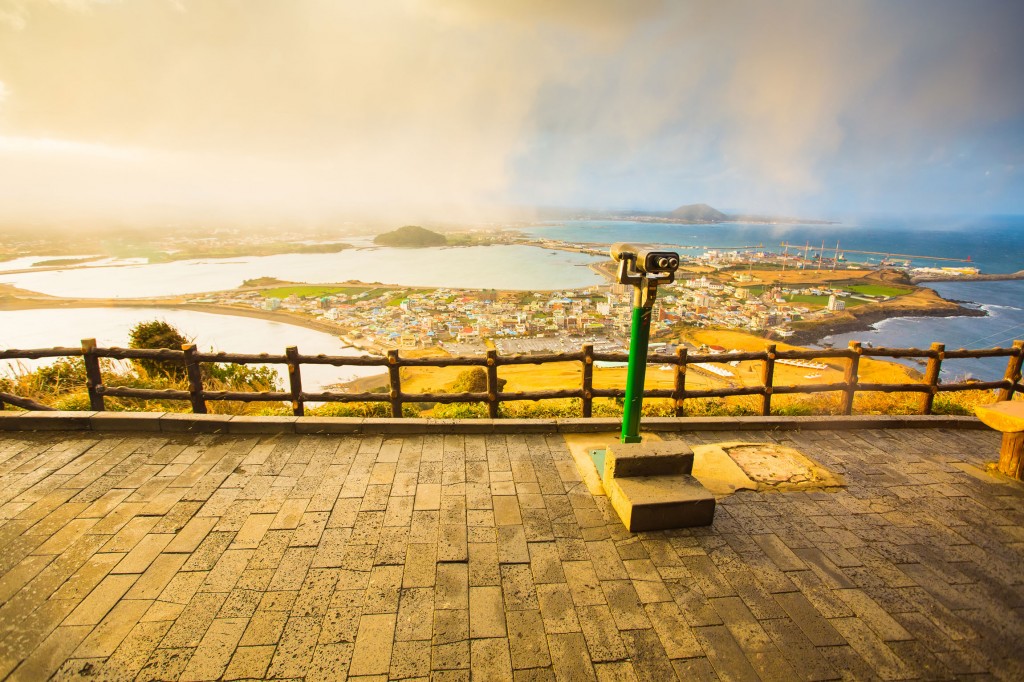