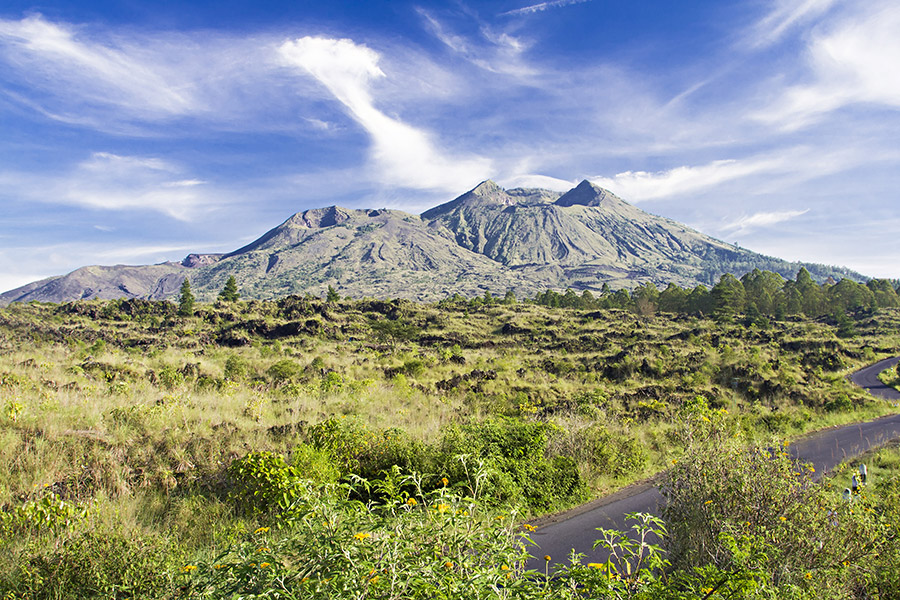 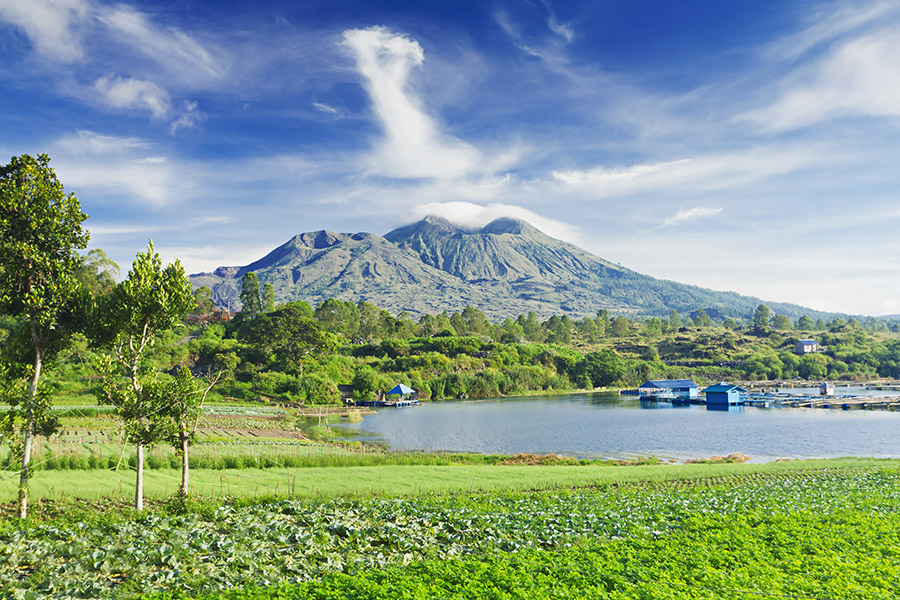 Bali like so many of Indonesia’s islands has been formed as a result of volcanic activity. The mountainous chain that runs through the middle of Bali is a result of this activity and in the case of Mt. Batur, activity that is not quite over.

Mount Batur is located in Batur Village, Kintamani and is an active volcano standing 1,717 meters above sea level well known as a gorgeous sunrise spot. The area around the volcano is a deep crater lake and the site of a massive explosion many years ago. Bubbling hot springs also feature around the base of this volcano that attracts both trekkers and viewers alike to its surrounds. Mount Batur’s peak provides a fantastic platform for sunset watchers.

Almost a century ago, Mount Batur erupted. Although it was not as massive as the one happened at ancient time, it still claimed live of thousands citizens around its vicinity along with hundreds of temples and villages. Balinese Hindu still considers Mount Batur as a sacred place until this moment.