FOR MANY YEARS I HAVE WANTED TO VISIT THE ISLAND OF KOMODO AND THE SURROUNDING ISLANDS WHICH TOGETHER MAKE UP THE KOMODO NATIONAL PARK AND IS THE HOME OF THE WORLD FAMOUS KOMODO DRAGON. THIS IS A FASCINATING AREA, VERY BEAUTIFUL AND NOT TOO FAR FROM HOME. IT IS ALSO AN AREA WORLDRENOWNED FOR ITS MARINE LIFE AND DIVING.

It is only a short flight from Bali to the new airport at Labuan Bajo a former fishing village on the Western tip of the island of Flores. Until recently a small sleepy town, Labuan Bajo and its many attractions has been discovered over the past few years and, with visitor numbers rapidly increasing, this tiny coastal town has been transformed into a busy epicentre of tourism and the Gateway to the island of Flores and the province of East Nusa Tenggara.

The best way to get around the islands is by “liveaboard” boat. There are many options available from simple budget boats to beautiful, high-end luxury wooden Phinisi (a Phinisi is a traditional wooden sailing ship).

Only 20 minutes out into the bay from the harbour at Labuan Bajo is Bidadari Island, a small beautiful island with a white sandy beach stretching along its coast. With its crystal clear, calm water Bidadari is a great place to sit around on the beach, to soak up the sun and enjoy a swim and a snorkel.

From Bidadari we move on to the Komodo National Park, which has been declared as a UNESCO World Heritage site and has been selected as one of the New 7 Wonders of Nature. Founded in 1980, the park serves to protect the Komodo dragon, the world’s largest lizard which was revealed to the world by naturalist David Attenborough in the 1950’s. A species of monitor lizard, the Komodo Dragon can grow to a staggering 3 meters long and is believed to be one of the few surviving ‘mega’ fauna most of which died out thousands of years ago. The Komodo National Park with a total area of 1,733 km² includes three large islands of Komodo, Padar and Rinca and 26 smaller ones. Komodo Dragons are known for being one of the world’s most fascinating and dangerous creatures and viewing them is exciting but not dangerous thanks to the supervision of the park wardens. Close to the park, we find Pink Beach, one of the most visited beaches in the area due to its unusual pink coloured sand and magnificent underwater life. Situated in an uninhabited area of the island, this is one of only seven beaches in the world that, due to a mixture of red and white sand, have a lovely pink hue. The water here is shallow making the beach perfect for swimming and snorkelling.

Kanawa Island, between Labuan Bajo and Sebayur Besar Island, is also worth a visit. This untouched and secluded island has a grassy and hilly topography, a white sandy shoreline and is surrounded by crystal clear water, the reef that surrounds the island is home to numerous species of coral, fish, turtles and reef sharks. Here, you see one of the most awesome sunrises and sunsets.

A trip to Labuan Bajo and the islands of the Komodo National Park is one of those world famous lifetime trips and has become a staple of Indonesian tourist adventures. 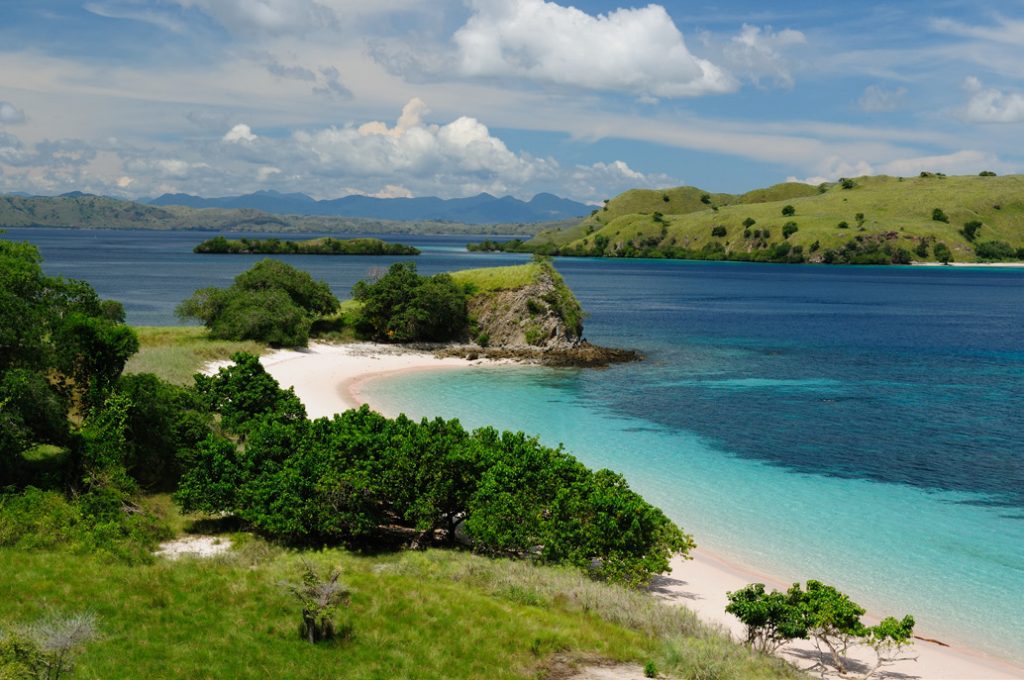 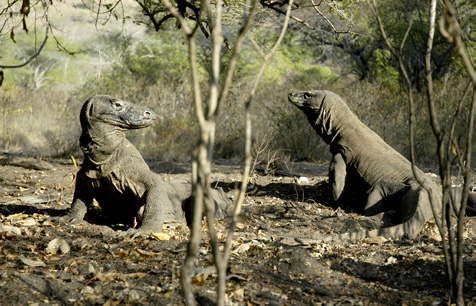 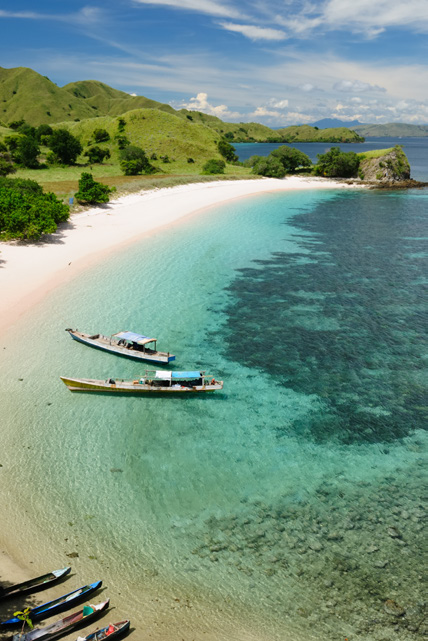