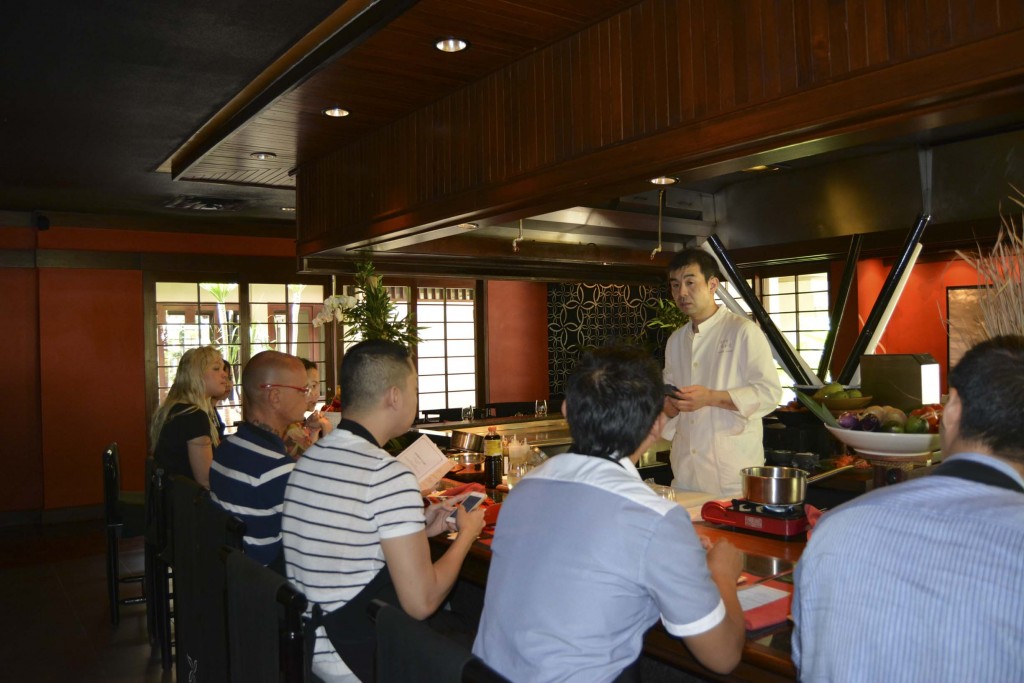 Intercontinental Bali Resort was honoured to present the globally renowned Japanese chef Takagi Kazuo to the public for their first ever 2 Michelin Star chef experience. The program offered exclusive cooking classes, sake and plum wine tasting and a series of Takagi Kazuo directed dinners at the KO Restaurant, Teppanyaki and Cocktail Lounge from 3rd to 7th September 2014. Takagi Kazuo is the owner chef of ‘Kyoto Cusine TAKAGI’ in Ashiya, a city lying between Osaka and Kobe. He is recognized as a master of Kyo-ryori, a super refined Kyoto style of Japanese food preparation. Chef Takagi Kazuo’s gastronomic dinners at KO included both à la Carte choices along with set menus. Each menu featured his famous soup as well as a platter of assorted appetizers. It is Chef Takagi’s delicate soup that has become a symbolic feature of his cooking.