Standing remote at the western edge of Australia, Perth is one of the most isolated major citieds on the planet, with a population of over 1 million this city lives a peaceful and laid back life, thanks to its pleasant mediterranean climate, fantastic parks and lines of pristine beaches. Exploring Perth has become a major ‘ Down under’ holiday destination.

Featuring big-city attractions within its relaxed and informal surrounds, Perth offers an appealing lifestyle for locals and much to do for visitors. Sophisticated bars, nightclubs and live music venues are all vying for attention. Imagine this together with the city’s surrounding natural attractions of beaches, green parks and the strikingly beautiful expanse of the Swan River.

My first stop within the city’s vicinity was to King’s Park and its classic views over the river. Considered the pride and joy of Perth, King’s Park is a 400-hectare bush-filled expanse. The centre region of the park is dedicated to the Botanical Gardens that are filled with over 2000 species of the indigenous plants of Western Australia. There are breathtaking beds of colourful flowers and in spring there are prolific displays of the state’s famous wild flowers. 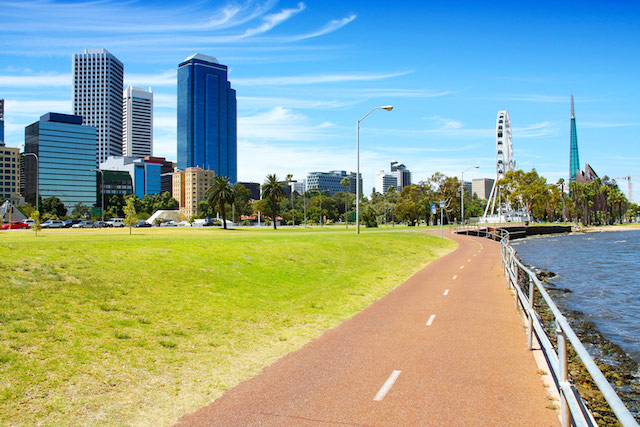 Just at the mouth of the Swan River is Fremantle, a diminutive city well regarded for its live music and trailblazing craft beer scene. There is a festive air here in this city port where locals and tourists of all types casually move about from cafés to market stalls and the port’s famous fish and chip outlets. Most of the many bars offer live music and enjoy good patronage. Fremantle is steeped in history, city fathers and conservation groups have has paid careful attention to the preservation of Fremantle’s colonial architecture and institutions. Ornate Victorian and Edwardian buildings still stand gracefully as testimony to the city’s early beginnings.

Perth’s natural landscape is also one of the reasons it is held in high regard as one of the best destinations for tourists in Australia. I was glad of the chance to visit Cottesloe beach, this has been one of the city’s favourite shoreline destinations for more than 100 years. The beach is a one-and-a-half kilometre stretch of golden sand just north of Fremantle. The crystal clear water and consistent waves of Cottesloe make it a popular spot for swimmers and families.

After watching the sunset beyond Cottesloe’s horizon, I decided to call it a day. The Hyatt Regency Perth became my choice of overnight stay. It features 367 rooms & suites of the highest standard. Located by the beautiful Swan River, this award-winning hotel offers superior comfort in luxury accommodation and is complete with facilities such as complimentary Internet, fine cuisine